Flight 8 is out on bookshelves! 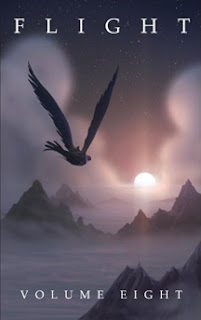 Flight volume 8 was officially released today and so it marks the end of an eight book run from an anthology that's inspired me since I discovered volume one back in college! Flight itself isn't over, it's moved towards young adult publication with a new series which will go by the name "Flight Explorer", but the original anthology series is now complete.

It's been both a privilege and an honor to have been invited to take part in the final two volumes of Flight, an anthology that gave a lot of young artists their start in getting their works published. Huge thanks and congrats go to Kazu Kibuishi who created this series, brought so many amazing artists together, and introduced me to a whole crew of fantastic new friends and inspiring creators. Flight has definitely been a positive force in my life for which I am so very grateful!

In this book, my brother Steven ("Shaggy") Shanahan has written and I've illustrated a short story called "Buttons and Jim: What's Stopping the Gravy Train?" To celebrate the book release I thought I'd share the step by step process of how I create a page from start to finish. 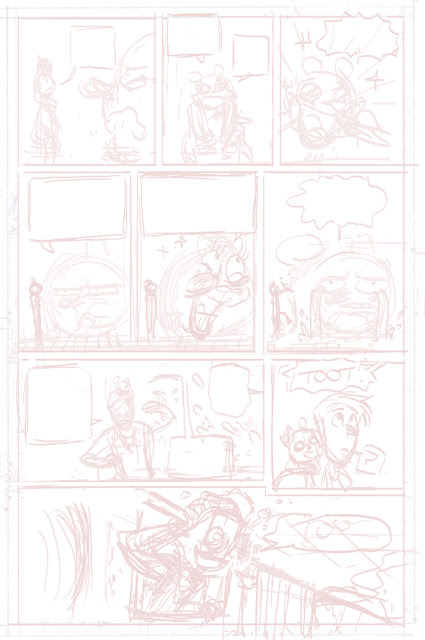 I do my roughs on a wacom cintiq, it's fast and easy to make fixes. At this point I was happy enough with the set up so I printed the pale red "pencils" onto 11x14 Strathmore windpower smooth bristol... 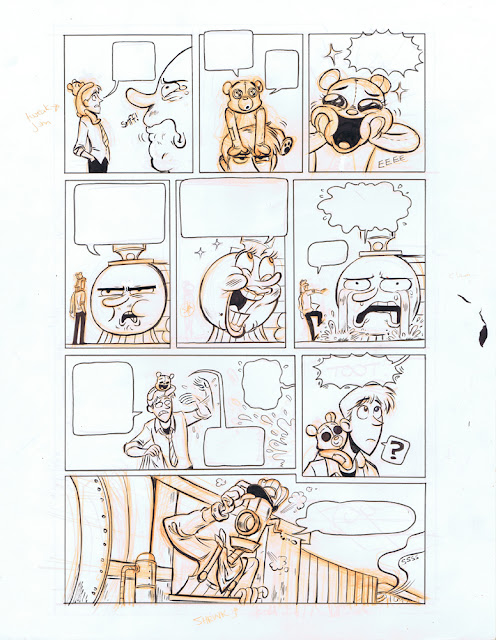 I tighten up the pencils and move on to inking. On this comic for the most part I used a windsor&newton series 7 size 01 brush and super-black speedball india ink. For the character's faces I used micron and prismacolor premier markers, nothing bigger than a size 02.
I've heard from other artists that microns are no good and copic markers are the way to go, but I've never had a problem with microns on bristol and when I bought a pack of copic they wouldn't put down a consistent line. May just have been that particular set of markers, but I'll stick with what works for me. 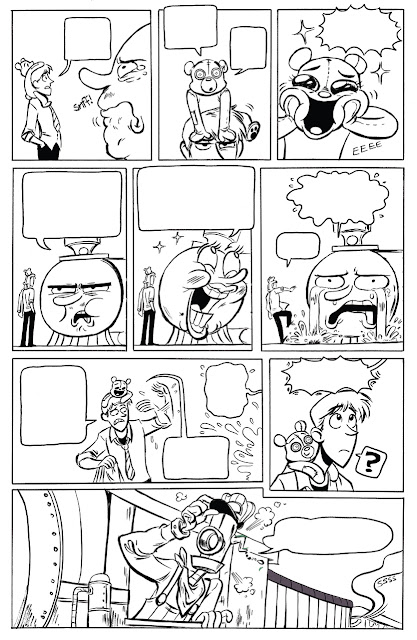 Now I scan in the finished page, delete the red layer (you can see my tutorial on deviantart for how this gets done) and tidy it up as best I can until I'm ready for... 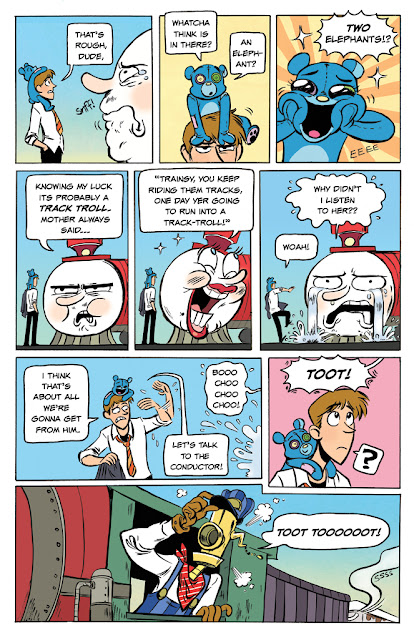 Colour! I'm no expert on colour so I don't like to get too involved in explaining my process (as I don't think I can teach anyone anything from my method of randomly sliding colour bars around in photoshop). But basically I start flat, and then build up from there.  For this comic I wanted to keep the pallet flat without shading except for a bit of gradation in the background. Special thanks to Gerry Duchemin for helping me out with this stage of production! 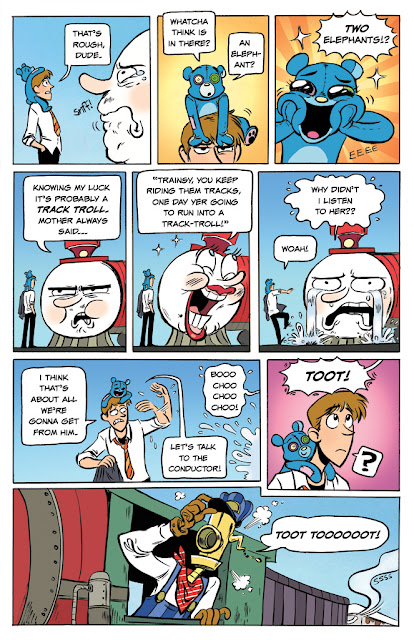 Final polish! Huge thanks to my artist friend Jason Caffoe for tweaking the page to help things pop! 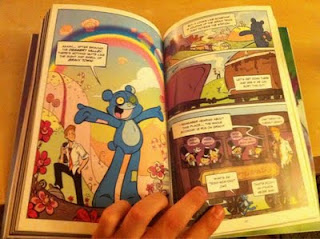 Print! I have nothing to do with this stage of the game, but I can't wait to get MY HANDS ON THIS BOOK! (that's Jason's hand in the pic). So yes! Flight volume 8 is now available on amazon, in book and comic shoppes, and hopefully soon at your local libraries. So be sure to keep an eye out for it :)

Flight 8 is available at amazon.com & amazon.ca
Posted by Kt Shy at 2:28 PM

Can't wait to get my hands on that book too! Congrats to you two Shanahans and the whole F8 crew - good stuff :)

Man,that face in panel 5 made me lol. Great job, as always! :D

This looks so amazing! Great job!! 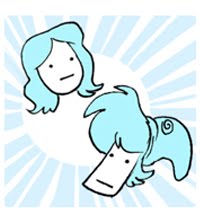 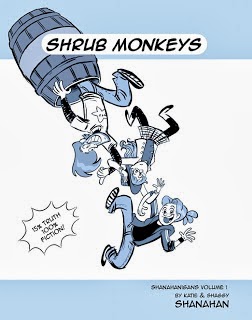 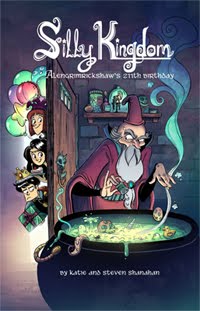